What is the goal? Decode the hidden quote.

How to play? This is a type of a shift cipher in which the message is encrypted by replacing the original letters with “x” number of characters ahead in the alphabet. The offset is described by the ‘salt’. So, for example, if the first digit of the salt is 4, the first original character will be 4 characters ahead of the encrypted letter. Then, the second character will follow the offset given by the second digit of the salt. Start over from the first digit when the salt is exhausted and continue until the original letters of the hidden message are revealed. You have finished the puzzle when you have decoded the full message.

What recognition skills would be improved? Alphabets;Punctuations;Words

What is the difficulty level of this activity? 3 of 3. 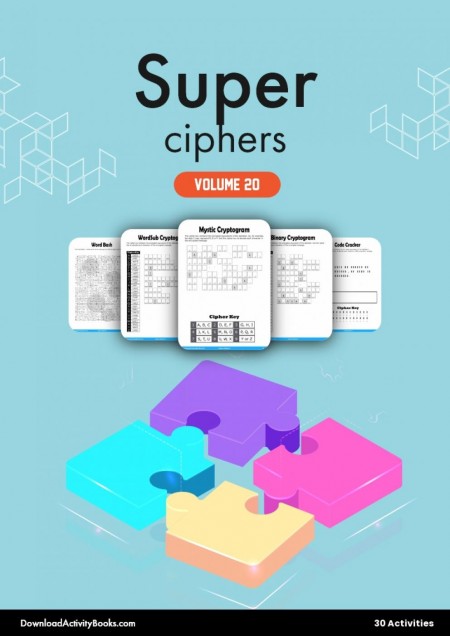 This activity was published in Super Ciphers 20